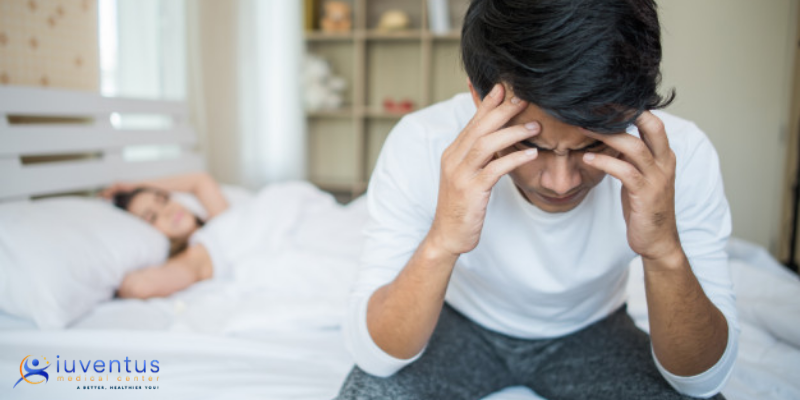 What Is Erectile Dysfunction?

If you are not able to get an erection or maintain an erection for at least a little over a minute or so, to be able to have sex or if you ejaculate in a time that is less than a minute while intercourse and this happens almost every time, then you are said to suffer from ED.

Here are a few symptoms to know that you're suffering from ED. Your desire to have sex becomes less You can't get an erection easily Even if you get it, it does not last longer than a minute

The cause of erectile dysfunction differs from man to man. However, we have found a few of them

12. Alcoholism and other forms of substance abuse

Your brain plays an important role in triggering the series of physical events that cause an erection, starting with feelings of sexual excitement. Several things can interfere with sexual feelings and worsen erectile dysfunction. These include:

Can Erectile Dysfunction Be Treated?

Before getting to the point whether ED can be treated, first, let's understand what the two different types of EDs, which are:

If a man has never been able to get or sustain an erection then, he is suffering from Primary ED. This is a rare issue and requires extensive medical treatment & care.

Whereas a man who used to get a proper erection but is not able to do so any longer is said to be suffering from Secondary ED. It is generally temporary, the most common, and can be easily cured than primary ED.

So, it is safe to say that secondary ED can be reversed with medications & psychological treatment.

Traditional treatments are helpful for some men suffering from secondary ED. But, some men require unconventional treatment methods such as using a penis pump that draws blood into the penis, inducing an erection.

To Sum It Up

Erectile dysfunction can be very frustrating for men, and not being able to treat it may be even more infuriating. But, there are so many treatments available at medical centers that can help men with ED issues.

If you're suffering from ED, then you can always visit Iuventus Medical Center, Las Vegas. We have so many different treatments that will help you with ED.